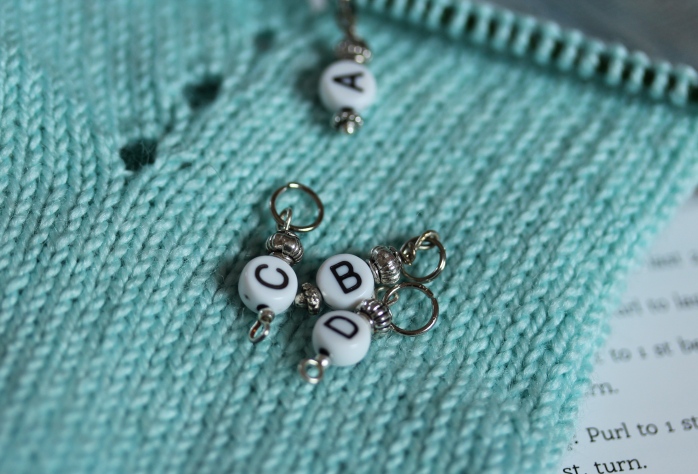 It is time to pull out the A-B-C-D stitch markers and knit a pair of toe-ups the Cat Bordhi way!  If you know anything about Ms. Bordhi’s design techniques then it won’t surprise you that Pussy Willows from Sock Knitting Master Class ar far from ordinary socks.

The sock begins by using Judy’s Magic Cast On.  If you have never watched Cat Bordhi’s amusing video demonstrating this cast on you must watch it.  She likes to tell stories to make the technique sink in and it really does work!  Increases are done on the outside of all four stitch markers and from those stitches Cat’s Moccasin Toe develops.

This toe is a variation of the wedge toe and is smooth and comfortable.   I don’t want to spend too much time pondering why Cat called this a “moccasin” toe.  I suppose it has something to do with snakes but I’m not going to investigate by pulling out a picture to compare the two.  I suspect that the toe capped by a horizontal band may resemble the blunt nose of a water moccasin. ***Kelly pointed out that I’m thinking of the wrong kind of ‘moccasin’…..thank goodness….she says the band is like this kind of moccasin and I know she if right***

Once the lower foot is knit the instep is expanded across the arch by working a diagonal branch with yarnovers every five rounds to represent catkins. 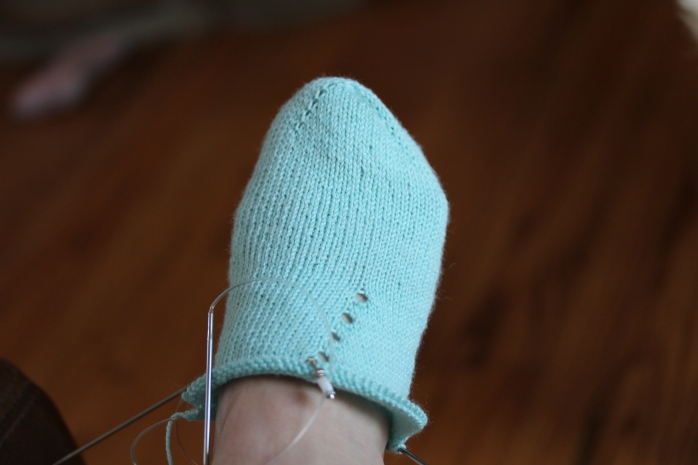 Without a heel the shape is rather odd looking but the fit is nice!  Very nice! 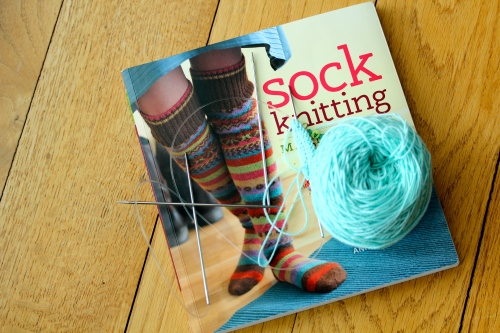 The Loopy Ewe’s first quarter challenge is knit something with a yarn that has silk content.  With that in mind I chose the ShibuiKnits Staccato sock yarn.  The ‘Rain’ colorway reminds me of springtime which is when I suppose pussy willows make their appearance.  There are no such trees here in Colorado but there is one somewhere in the recesses of my memory, some childhood memory I think.  I once lived in a place that had beautiful weeping willow trees but I can’t remember where.

***Kelly sent me a picture of what a catkin looks like and after I saw it I realized that pussy willows emerge on trees other than weeping willows.  I’ve seen their furry little shapes marching up smooth branches and can now picture them marching up my pair of socks!****  Just you wait, you will see them too when I show you a finished Pussy Willow cuff!