Last weekend was perfect for a long anticipated outdoor wedding in the mountains. There were a few rough roads to travel on but the destination was well worth the trek — such a lovely spot. 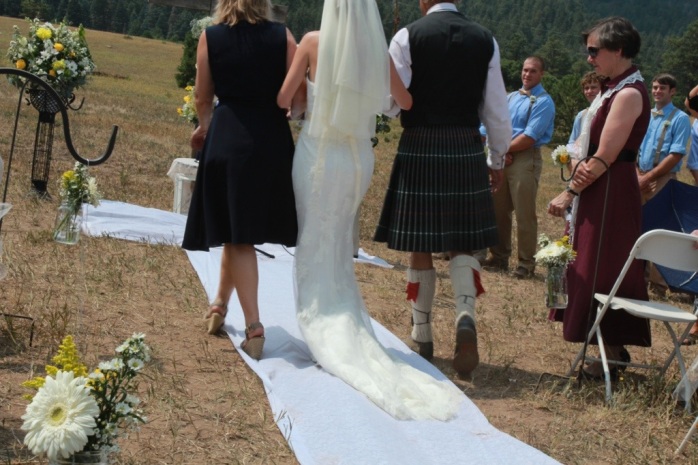 The bride’s father wore a kilt and hand-knit kilt stockings from Scotland. The mother-of-the-groom told him I knit socks and I had eyed his. He asked if I could knit some for him…..ummm….I don’t think so….. that would be a project I would only embark upon for a loved one. 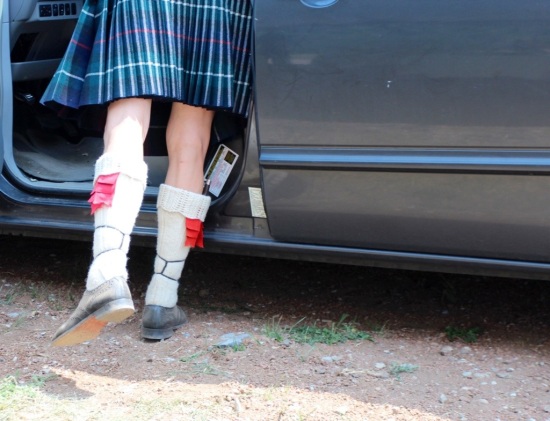 The five hour trip to and from the wedding gave me a stretch of knitting time in the car. I worked on a swatch for the Master Hand Knitting class – the dreaded swatch, the seed stitch. Three times now.

This one will have to do! This is a very difficult swatch for someone who knits as loose as I do! One has to remember to give the working yarn an extra tug after every knit stitch so that the resulting fabric will be dense instead of lacy looking.

I worked on the ribbing for the Portuluca sweater. I was pretty excited to finish it up so I could move on to the fun cabling of the sweater body. Unfortunately, later that evening whilst setting up the cable row I discovered I was ten stitches too short. I unraveled the ribbing and put the whole thing in timeout for a few days. 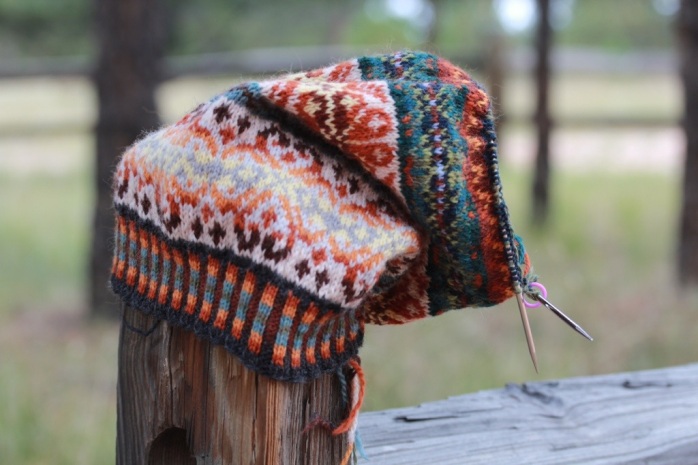 With the western states ablaze with wildfires, I am more than happy to announce that our monsoon weather has arrived. With our afternoon showers the vegetation has greened up and taken off growing. I decided that I would reflect this new weather pattern in my Colorado Sunrise Hat. I’m well past the normal sizing of a hat and have now moved in to the ‘stocking’ part of this sampler hat. With several decreases behind me and more up ahead the rounds are going faster. 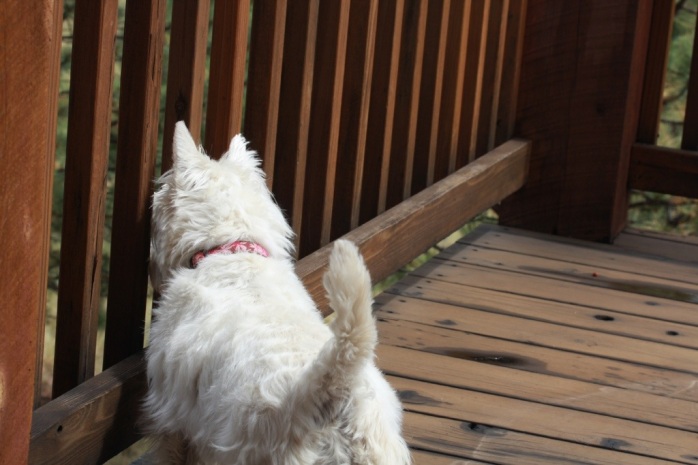 Kenzie patiently waits for the showers to stop every afternoon so she can run out on the deck. I think she hopes to see chipmunks flooded out of their homes. The birds don’t provoke her, the deer don’t provoke her but the chipmunks….. let’s just say she won’t keep her mouth shut about them and let’s all our neighbors know that she.does.not.like.rodents.of.any.kind.

It is pretty nippy up here in the mountains today. When I went for my walk after lunch I noticed that many of the aspen trees are already starting to turn gold. I think autumn will come early this year….

← Celtic Cables – Gauge and Cable Knitting
How to Bead a Shawl →

#dearieanddarling #kathybarrickdesigns #springfocusboard #crossstitch #dmcthreads #picturethisplusfabric
My beautiful new Rifle Paper Company knitting bag by #tanneicaseyhandmade Beautiful sewing! I live the addition of waxed fabric to the bottom. Now I am off to find complementary yarn. Yes, Im dorky like that.
Settling in to spend the evening with Walter.......it is Wednesday, Walter Wednesday.
Hubby has a colonoscopy and I get to wait in the car with knitting and this lovely hourglass I picked up at Hobby Lobby. I love mercury glass. Hourglass ⏳ 🧶 #knitting #handknitsocksarethebest #opalyarn
I’m excited to start my Spring Focus Board tomorrow.
Follow Socks-for-Mum on WordPress.com