In January 2015 I began a 4-part installment of the Progressive Needles Knit Along sponsored by Skacel Collection but set it aside after the first installment!  My resolution last year was to grow my knitting skills and KnitPurlHunter’s educational knit alongs often fit the bill.  I love that she has videos demonstrating new techniques.  Endgame is a lovely unisex scarf knit with Kenzie, a tweedy favorite of mine.  I envisioned it being a Valentine scarf for the hubby but alas, other projects stole my heart away from it.  I don’t want 2015 to end without finishing this lovely so out of hibernation it has come.

The scarf began with the invisible beauty of the Tubular Cast On worked in K2, P2.  Have you ever noticed that a long-tail cast on edge leaves a defined line which I feel detracts from the ribbing itself.  I learned this a few years ago when I knit an Aran sweater by designer Carol Fellar. 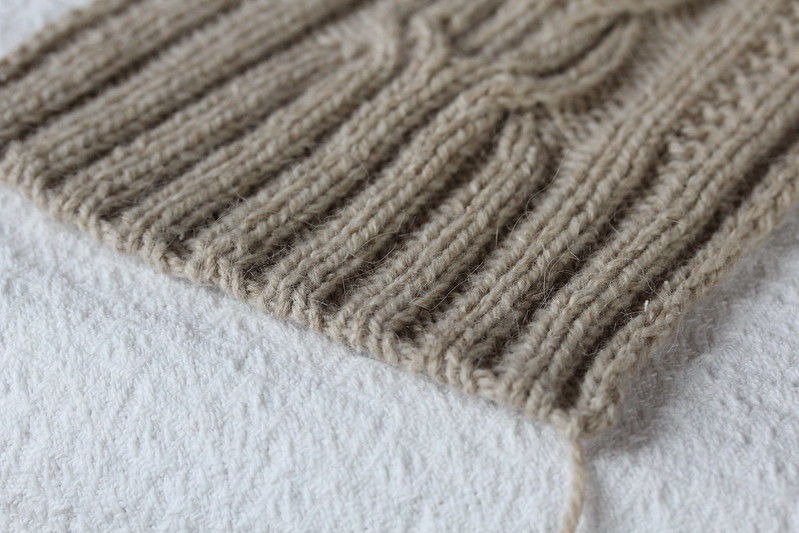 For an invisible edge in the ribbing, Endgame employs the Tubular Cast On Method.  You can see in my photo that the knit and purl stitches of the ribbing seem to flow to the bottom of the scarf giving it a nice rounded edge…..love it!  The next time I knit a hat I will definitely be using a Tubular Cast On.

Another technique that is really cool in this pattern is that every end in Endgame will be gorgeous.  The edges of the scarf will lie flat with a two stitch I-cord running up the vertical edges. No wonky sides in this scarf!  I am very pleased with the results thus far. 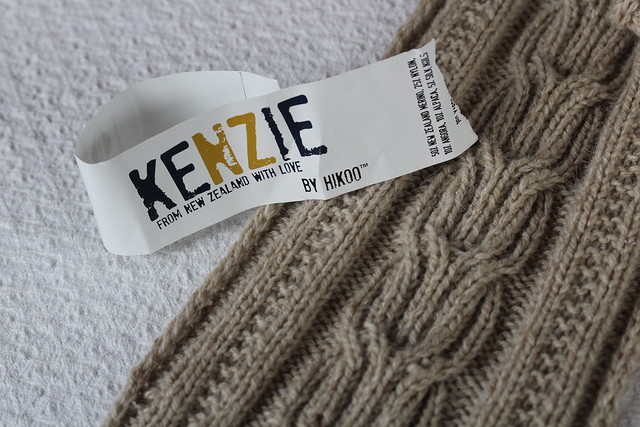 Now the cable fun begins!  You know how much I love cables!  What I especially like about Endgame is that it features magically reversible cables made possible with ribbed stitches.   These cables are knit just like ordinary cables with the exception that they include both knit an purl stitches.  Reversible cables are great because the scarf looks fabulous on both sides.  I’ll show you the backside in my next progress post.

Lastly, I have been stung in a recent lace project not once but twice by not using a lifeline so I will make certain Endgame will be in the ‘safe zone’ by placing a lifeline after every cable repeat.  I find lifelines tedious but I have a feeling I will not regret it — I don’t want one of those ‘extra-long’ cables in my scarf — know what I mean?