In the bustle of rigid heddle loom assembly and warping for tea towels I was able to finish hubby’s belated Christmas present, the Endgame Scarf. 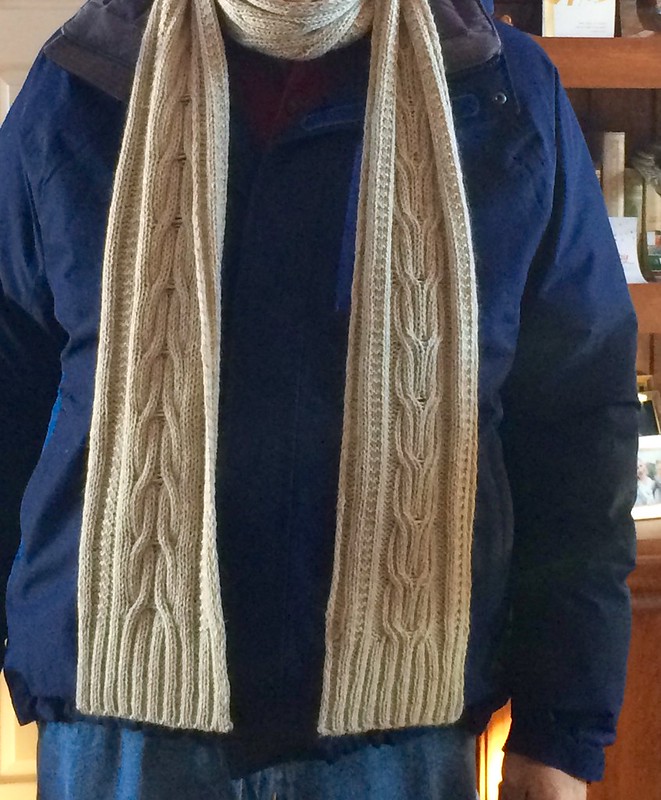 Endgame was a delightful project and a proper gift for someone who thought he didn’t need to replace his dandy Noro striped scarf.

Resplendent with reversible cables, this scarf can be thrown around the neck and not a thought given to which side is the ‘right’ side and which the ‘wrong’ side.  Case in point – did you perchance notice in the picture that sides are not identical?  The one on the ‘right’ is actually the right side and the one on the ‘left’ is the wrong side but the scarf looks fetching all the same.  I didn’t notice when I was wrapping the scarf around my model’s neck.  I just love that no matter how Don wraps the scarf, it will show off some gorgeous cables. 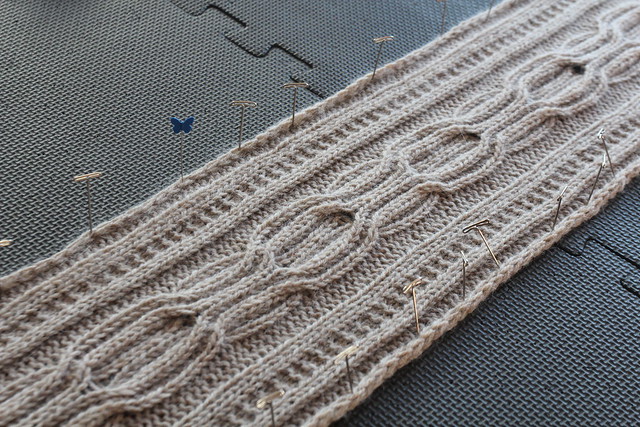 //embedr.flickr.com/assets/client-code.js
The middle section made a nice transition before I reversed the directions of the cable for the second side.

The cables were successfully inverted and I completed this reversible scarf with a tubular cast off.  Typically, it is rather easy to distinguish the cast on edge from the bind off edge but in Endgame, you will need a magnifying glass to tell the difference between the two.  It is truly a bit of wonder!  The tubular cast on and bind off were the tangible lessons I took away from this project. 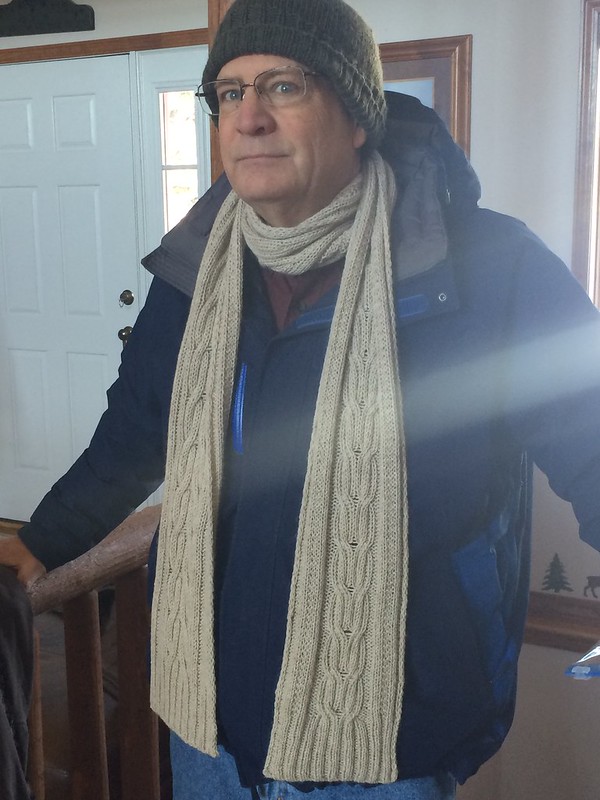 Hubby likes his new scarf and being the man of few words that he is, commented, ‘It’s long.’  Thirty two years of marriage have taught me to interpret this comment as, “This is the perfect length for my 6’3″ frame. It’s so frustrating to wear short scarves when you are a tall man.  Why doesn’t someone come up with an extra-tall scarf like they do extra-tall shirts?  I really like this scarf!  Thanks, Babe!”

One of my favorite places to shop that gives a 20% off discount for all fiber used in Michelle Hunter’s Knitalongs is Fiber Wild.

I’m excited to start my Spring Focus Board tomorrow.
No electricity but we have a fire in the fireplace, blankets and Beatles.
And I came to Texas to warm up.
WIPGO Weekend! My goal is to finish the White House on Miss Bingley’s Library.
Follow Socks-for-Mum on WordPress.com