We will soon have a little baby boy in our family and we are excitedly anticipating his birth.   Little Evan’s blanket has been mailed to his new home where he will soon take up residency. 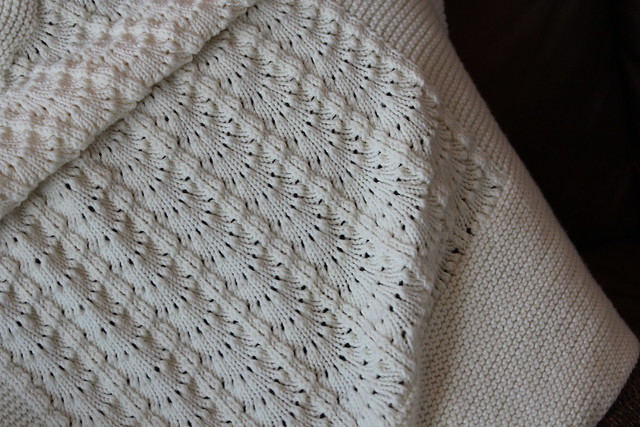 We initially thought Evan was a girl but later sonograms revealed it was more likely he was  a boy.  I had already picked this blanket pattern and started it with a little girl in mind. Although it is a little on the frilly side I believe it will still work. 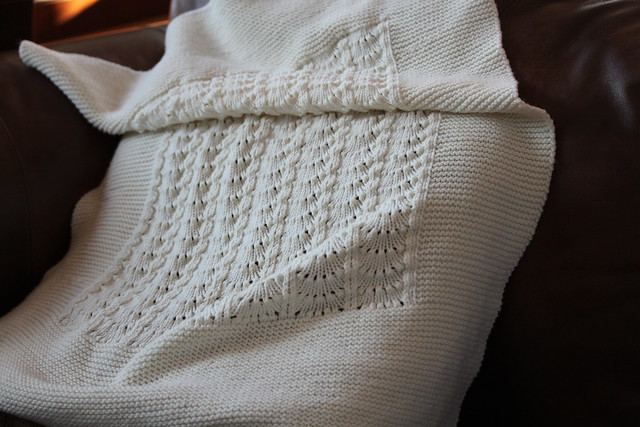 The pattern is a Norwegian one by Drops Design and I knit it with Garnstudio Merino Extra Fine. 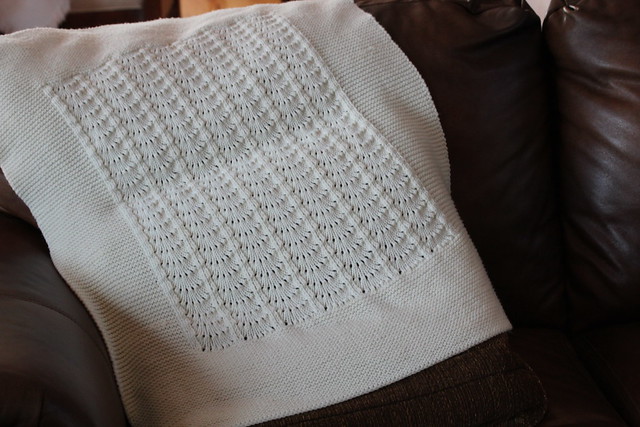 I omitted the lacy trim around the edge so the pattern will be more fitting for a precious wee lad.

Three projects have been crossed off my UFO List so I will now allow myself to cast on something new – this is my rule for 2016 – three off, one on.  Next up is a little cocoon for the babe on the way.  Evan’s will be a dandy green.

← Endgame – It’s a Wrap..ah,Scarf
Sometimes All it Takes →

4 Comments on “UFO Thursday ~ A Baby Blanket for Evan”