Posted on January 3, 2016 by socksformum

Last weekend I was busy putting together the Harp Forte Rigid Heddle Loom that I got for Christmas from Mr. Claus and Elf Daughter #2. 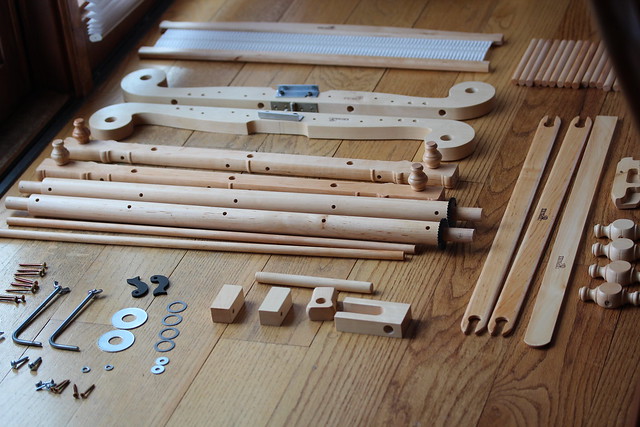 It took longer than I thought it was going to take, several hours in fact, and I was slightly overwhelmed by the process but in the end I was proud of myself for successfully using an electric screwdriver. (I do hope this loom doesn’t fall apart on me at some point.) 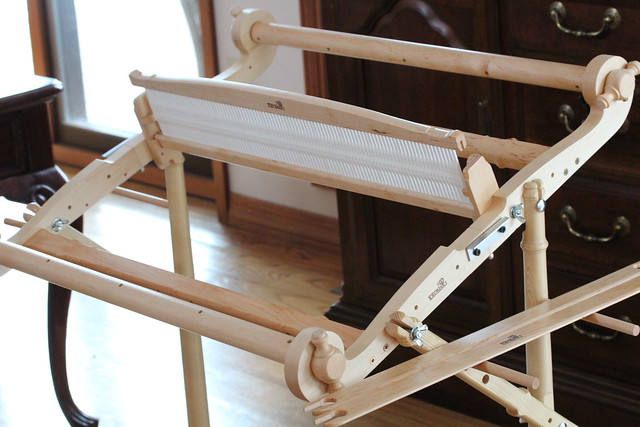 Sunday afternoon was spent putting on a warp using the warping board on the back of the Harp, a special feature that sold me on this particular loom. The warp are the strings that run up and down the project. 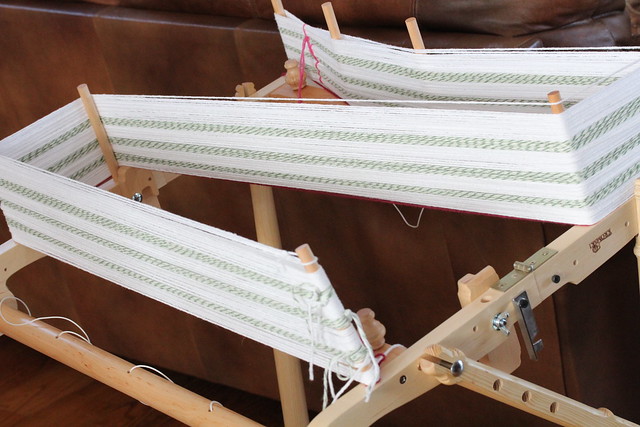 I had to figure out the best route to use between pegs that would give me a 2.5 foot warp which would be enough to make two tea towels. 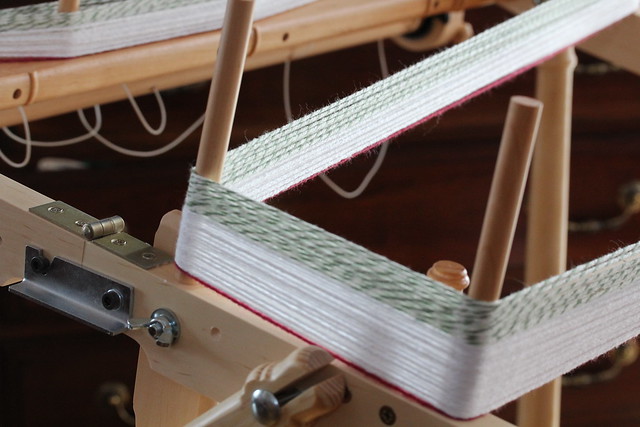 There will be green vertical and horizontal stripes on a white cotton background. The greatest care was taken removing the warp from the warping board and little bows were tied here and there in case a catastrophe happened. The warp was then chain crocheted to keep it tidy for threading through the heddle. 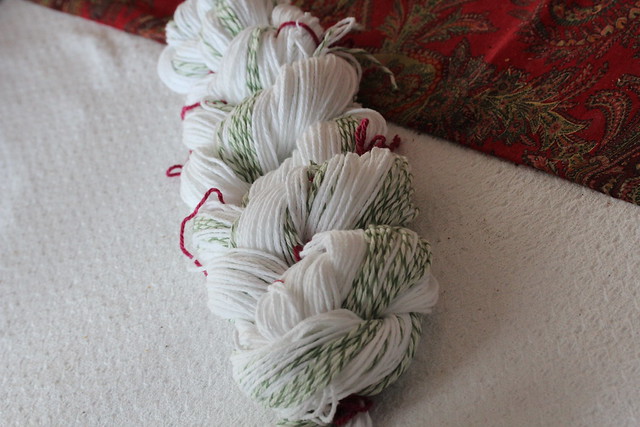 I didn’t take any pictures dressing the loom which took another hour or two but all was ready to weave Monday morning. 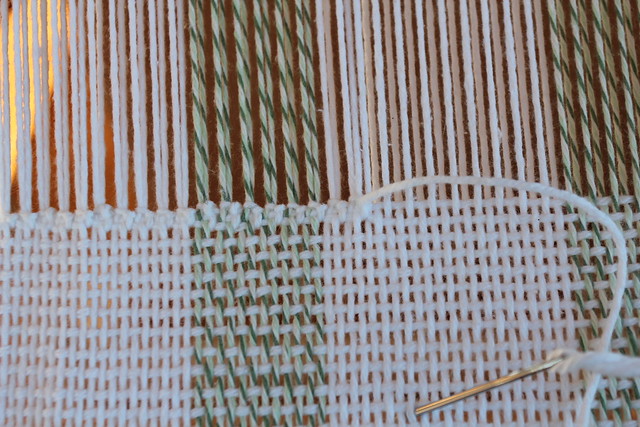 One tea towel has been completed. The weaving looks a little loose to me but I believe the fibers will fluff out after its first washing. I finished it off with a tidy hemstitch and now I’m ready to move on to the second tea towel. 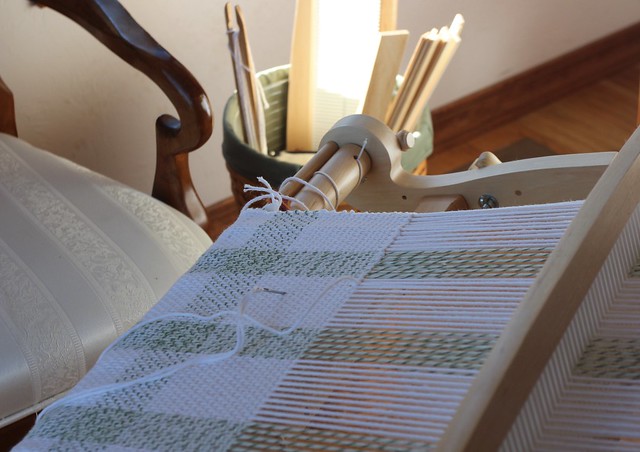 That Longaberger Umbrella basket in the background is perfect container for all my new weaving accessories!